Get the information you need right now to reach your goals asap!

If you’re starting a business or tackling another big project, maybe you can relate to this…

I was sitting with my friend Jeremy at a restaurant, talking about business and life. He’d been wanting to start a business for some time. He talked about it a lot. He clearly was serious about it. And yet every time we got together, he hadn’t made any progress on it. He just couldn’t get it started.

I figured out the problem pretty fast: Jeremy was feeling a bit overwhelmed.

Starting a new business isn’t something you tackle over a weekend. And if you sit down and write out a plan and a to-do list, that list would be a mile long. You can see why Jeremy couldn’t quite get started.

So here’s what I did…

I took out a napkin and I asked Jeremy what are the NEXT three steps he needed to complete to start turning his business goals into a reality. He wrote these three steps on the napkin. I then asked him to put a completion date next to each of those three steps, which he did. Finally, I took a picture of the napkin using my iPhone, and I promised Jeremy that I’d follow up with him to make sure he was completing the steps by his deadline.

That little exercise gave Jeremy the push he needed to get going. Not only did he complete those first three steps, but we continued to use this system to gain momentum and keep Jeremy on track.

It’s not a fluke that it worked for Jeremy.

I’ve used this system in my own life, I’ve shared it with countless others who’ve used it with great success, and now I’m sharing it with you too.

Step 1: Identify Your Next Three Steps

You’ve no doubt already thought of what you need to do to achieve your goals.

So ask yourself, what are the next three things you need to do in order to achieve your goal?

Whatever they are, write them down. Commit to them.

Don’t over-think this or second-guess yourself. You already know which steps are important, so write those three steps down, in the order you need to complete them.

One word of advice: choose steps that are manageable. That is, don’t write down a step that’s going to take you six months to complete. Instead, break a bigger step down into something more manageable, perhaps something that will take as little as a few days to complete up to a two weeks to complete.

Point is, if you’re not breaking your big task down into smaller tasks, you’re still going to risk getting overwhelmed. So make sure the steps you’re writing down can be completed in a reasonable amount of time.

Step 2: Assign a Completion Date for Each Step

Next, you need to commit to completing these steps by writing a completion date next to each task.

If you don’t write a date, then you actually don’t have a goal – you just have a wish. So make it real by assigning a competition date for each step.

Writing down your next three steps and assigning a completion date helps you mentally commit to taking action.

But you know what? If you’re only accountable to yourself, it’s pretty easy to rationalize, make excuses and generally let things slide. “I can start tomorrow,” you tell yourself. But “tomorrow” turns into next week, which turns into next month… and you never do get things going.

So that’s why it’s so important for you to get some accountability. Tell at least one other supportive person about your goals, and ask this person to inquire about your goals on a regular basis (such as every week). When you know someone is going to ask you what you accomplished every week, you’re much less likely to procrastinate or blow off a project. It’s very simple, but VERY powerful!

Tip: You’ll notice above that I said you should choose a supportive person. This is very important. Whatever you do, don’t pick someone who’s naysayer or in any way negative towards your goals. You truly need someone encouraging and supportive, someone who believes in you.

Not only should this person be encouraging, but you also want to choose someone who won’t let you make excuses or rationalize. You want someone who’s going to actually make sure you do your steps – someone who’ll be disappointed if you don’t complete all that you say you’re going to do.

Basically, you need someone who won’t let you off the hook if you try to skip doing your work.

Step 4: Take the Next Step

Ok, now you know what you need to do, and you’ve enlisted a friend to check up on your progress.

If the task going to take more than one day and/or it’s a complex task with multiple steps, then create daily to-do lists.

Once you get finished with your first task on your list, then do the second. When you’re finished with that, do the third.
Step 5: Repeat the Process

Congratulations – you finished the first three steps towards your goal. Now you have some momentum going, which is great.

So now you need to repeat the process. That means writing down your next three steps, assigning a deadline, getting accountability and taking action. Rinse and repeat as many times as needed to reach your goals.

Perhaps deceptively so. But this simple little system is extremely powerful and effective.

Don’t take my word for it, though – give it a try to see for yourself!

The G.I.V.E. U.P. Method for Getting Things Done 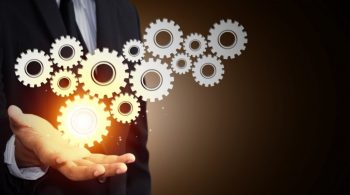 The G.I.V.E. U.P. Method for Getting Things Done 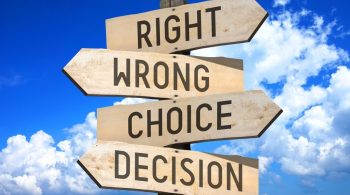 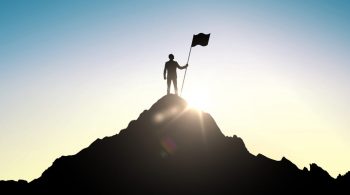 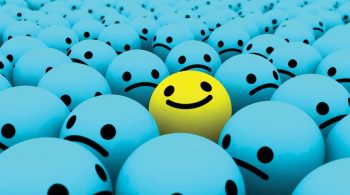 Get the info you need to reach your goals online, today!